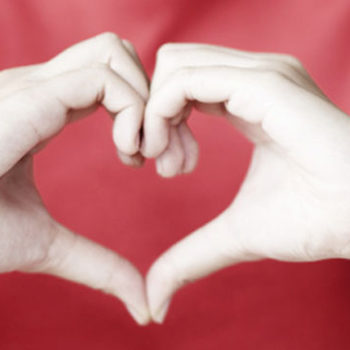 Last October, advocates of Breast Cancer Awareness Month encouraged women to get mammograms. The rationale: early detection saves lives. This past November marked the first time advocates of National Lung Cancer Awareness Month could encourage those at risk for lung cancer to request a low-dose CT scan of the lungs from their doctors. Since the CMS decision to cover lung screening for Medicare patients early in 2015, the test is now widely used to achieve—you guessed it—early detection of lung cancer.

But what test are the advocates of American Heart Month advising? The American Heart Association wants you to “learn the warning signs for heart attack and stroke.” Million Hearts® is “challenging men to start one new, heart-healthy behavior.” AHA’s Go Red For Women® wants you to “end heart disease and stroke in women” by wearing a red dress on February 5.

Do you honestly believe the actions of these non-profits during American Heart Month will have any effect on the rate of heart disease and heart attacks in the United States? Consider the fact that heart disease is a costly epidemic in America, currently responsible for 17% of national health expenditures and projected to triple in cost by the year 2030. Consider that by 2030, 40.5% of the U.S. population is projected to have some form of cardiovascular disease according to the American Heart Association’s own forecast.* Although some might point to a recent decline in heart disease deaths among seniors, mortality rates for women and those under 55 are not improving. What’s more, one-third of all first heart attacks are fatal.

Suspiciously absent from the dialog is the recommendation of any test that could achieve the early detection of heart disease. But one exists, and it’s been largely ignored by the greater medical community for more than two decades.

In 1993, San Francisco-based Imatron, Inc. made available to the public an ultrafast electron beam CT scanner capable of accurately imaging a beating heart, with a low radiation dose and a highly accurate picture of coronary artery calcification. Dr. Arthur Agatston—the cardiologist who would subsequently write the best-selling book The South Beach Diet—was instrumental in the early research on the coronary calcium score and developed the calculations assigned to the density of calcification in the coronary arteries.

In 2005, St. Francis Heart Hospital in Roslyn, New York, released the results of what became known as the St. Francis Heart Study in the July 5 edition of the Journal of the American College of Cardiology. The study of nearly 5,000 healthy patients demonstrated that the coronary calcium score predicted coronary “events” such as heart attack independently of, and more accurately than, conventional risk factors such as age, smoking, blood pressure, cholesterol and C-reactive protein.

In August of 2012, a new study of intermediate risk patients lead by Dr. Joseph Yeboah, assistant professor of internal medicine-cardiology at Wake Forest Baptist Medical Center, found that widespread use of the coronary calcium score would have accurately “reclassified” 25% of individuals from intermediate to high risk, and another 40% would have been reclassified to low risk.

This meant that the current “gold standard” of coronary risk stratification—the Framingham score—was incorrect in its classification of more than half of people labeled as having intermediate risk.

So why isn’t this test embraced and recommended by the medical establishment? Why doesn’t your primary care doctor recommend the heart scan to men over 40 and women over 45 every few years?

“CAC scoring is a poor bargain with high costs and real harms,” said Dr. Steven Nissen, chairman of cardiology at the Cleveland Clinic Foundation. “Calcium scoring has become a cult. It is widely advertised, and in Southern California there were once billboards encouraging people to go in and get their coronary arteries scanned, which can expose them to other risks, such as high levels of radiation. Yet there are absolutely no data [showing] that screening people for calcium with CT scanning affects their outcome in terms of survival.”

In fact, there is no randomized clinical trial that demonstrates jumping out of an airplane without a parachute causes death. But when we apply common sense, we see that we don’t really need such a study.

“For so long we’ve been doing it wrong,” says Matt Budoff, M.D., a cardiologist affiliated with UCLA Medical Center and one of the nation’s leading advocates of the calcium score. “There’s a very famous Chinese saying from the very first medical text that says that superior doctors prevent the disease, inferior doctors treat the full blown disease. I think we have been inferior doctors in cardiology for quite a long time. We have been waiting for heart attacks, we’ve been waiting for chest pain, we have been waiting for patients literally to suffer sudden death to jump in there with guns blazing and catheters interacting and trying to save them rather than getting to them earlier before the first event.”

Budoff’s research was instrumental in helping to achieve new American College of Cardiology (ACC) guidelines—released in 2013—that call for the use of calcium scoring to help better stratify risk in patients.

“The studies suggest that we may have been underestimating the value of calcium scoring for detecting and managing patients with known or suspected coronary disease,” says Kima Allan Williams Sr., M.D., vice president of the ACC and chief of cardiology at Rush University Medical Center in Chicago.

So, if the calcium score is a far better test to achieve early detection of heart disease than any other available test—cholesterol, blood pressure, etc—or risk stratification model, such as Framingham, why are organizations like the ACC so late to the game in advocating it?

Ironically, Dr. Steven Nissen was heavily involved with the ACC throughout the last decade, even serving as president of the organization. In 2007, Time magazine named him one of the 100 Most Influential People in the World. With that kind of clout and respect from the establishment, it’s safe to say that his opposition to the test—despite its clinical viability—has had an effect.

Still, you’ll find that many hospitals, diagnostic imaging centers and large cardiology practices offer the coronary calcium score test—usually at a cost of about $100.

My advice to you during American Heart Month is to pony up that C-note and get yourself screened so that you can achieve early detection if you have heart disease. Isn’t that the whole point of an awareness month anyway?

*Forecasting the Future of Cardiovascular Disease in the United States. A Policy Statement From the American Heart Association 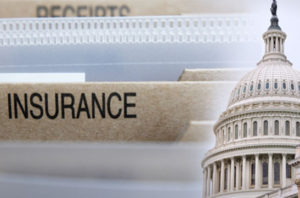 Some legislation we can all get “behind” – CT Colonography Screening 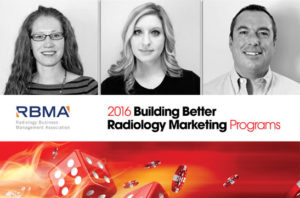