Repealing Obamacare: What it could mean for medical device companies 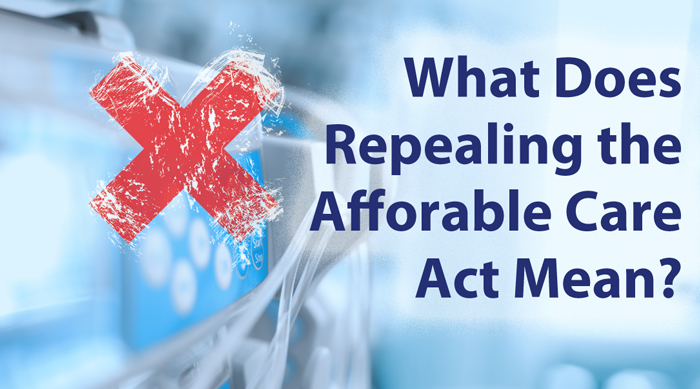 Since its inception, there has been much debate about the consequences of repealing the Affordable Care Act (ACA), and the effect it could have on low income families, those with preexisting conditions and the previously uninsured. But how will it affect the medical device companies who develop and market the equipment, tests and devices that healthcare professionals use to diagnose and treat those patients?

The ACA included a medical device excise tax of 2.3% that was imposed starting in January of 2013. On the surface, a 2.3% tax doesn’t sound like much… these companies can afford it, right?

Here’s another problem. An excise tax is not a sales tax—which means it cannot be applied to equipment sales the way sales tax is applied to your purchase of a new car, a new piece of furniture or a bottle of wine—as a pass-through cost to the end customer. The excise tax is calculated on gross sales, not profits.

Many companies operating in a competitive marketplace must operate lean with thin margins. This tax has the potential to not only reduce profitability, but eliminate it altogether. Having already been hammered by reductions in reimbursements resulting from the ACA,hospitals and health systems vehemently opposed this tax being passed onto them.1 In order to continue selling to their customers, device companies would have to eat the tax themselves.

To illustrate, let’s say a small breast biopsy device manufacturer sells $1 million worth of biopsy systems. The profit resulting from these sales is 5%, or $50,000. The excise tax is calculated by multiplying the $1 million in gross sales by 2.3%, or $23,000. This is the amount that the manufacturer now has to pay the IRS. In this case, the tax effectively halved the company’s profits. Even if a company posted a loss, it would still have to pay taxes on gross sales of its medical devices.

A new medical device faces hurdles that are simply not experienced by companies in other industries. The extensive regulatory process and FDA approvals take many years, and adoption by the medical community is agonizingly slow. By forcing manufacturers to pay the excise tax on gross sales (during the initial unprofitable years), their path to profitability is now longer and less certain, and thus much less attractive to investors.

According to the Joint Committee on Taxation (JCT), revenues collected from this tax were $1.7 billion in FY 2013. So, what effect did this tax have on the medical device industry?

New taxes do have a real impact on businesses, on jobs and on the economy. In anticipation of the excise tax, device manufacturers started eliminating jobs. A 2014 AdvaMed survey2 of device and diagnostics manufacturers revealed that as of December 2013, 14,000 jobs had been eliminated. 30% of respondents reported a reduction in R&D spending, and 10% of respondents said that they had moved manufacturing abroad.

Those who still question whether or not new “modest” taxes devastate entire industries need only look back the 1990 Omnibus Budget Reconciliation Act, better known as George H.W. Bush’s broken “read my lips” promise to veto any new tax legislation. A new luxury tax imposed by Congress that year would be placed upon yachts, private airplanes, expensive automobiles and jewelry. The tax, we were assured, would result in an additional $30 million in revenue. Best of all, we were told, the tax wouldn’t affect the average consumer, because it was only “the rich” who purchased these products.

The tax destroyed more than 300 jobs in jewelry manufacturing and 1,400 jobs in the aircraft industry during the first year alone. Hardest hit was the boating industry, which saw sales plummet 77% the first year with 45,000 jobs lost.3 Over the next two years, the United States shifted from a net exporter of boats to a net importer of them, as many U.S. companies either went bankrupt or relocated overseas. Instead of earning the treasury millions, job losses cost the U.S. government more than $24 million in unemployment benefits and untold amounts lost in the corporate taxes of relocated companies.

Fortunately, there are those on both sides of the political aisle who realize this, and in a rare instance of bipartisanship during December 2015, Congress passed and President Obama signed an agreement to suspend the medical device excise tax for two years. Ironically, the suspension went into effect three years after the tax was instituted.

If the suspension (scheduled to expire at the end of 2017) were to become permanent through a full or partial repeal of the ACA, it would likely free up capital for medical device manufacturers to start hiring again and invest in innovation.

The excise tax on medical devices is just one component of many contained within the Affordable Care Act. If nothing else, repealing this one tax—this one provision out of thousands—can have a very real and positive effect on jobs and the kind of innovation that can save lives and/or improve the quality of our lives.

That’s why this tax needs to go.

A history of executive orders that impacted healthcare 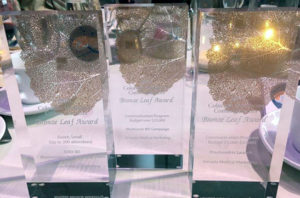