Radiology Associates of Hartford (RAH) asked Armada to help them promote a lung screening event in January, 2015. The campaign was planned in association with RAH’s partner, St. Francis Hospital. Individuals who booked an appointment would receive the lung screening free of charge, funded by a foundation affiliated with the hospital for a total of $125 per screening on the day of the event, January 10. To promote the event, Armada had access to St. Francis affiliated doctors, as well as the RAH patient base.

Response to the event was so overwhelming that a second event date had to be added on January 17 to accommodate those who wanted to participate. In all, 69 people were screened, 46 at RAH and 23 at St. Francis Hospital. The event was responsible for generating revenue of $8,625 for a marketing ROI of more than 800%. It is important to note that the direct ROI generated for the event does not include the downstream revenue associated with follow-up testing required for suspicious findings in several patients, which could potentially more than double the return.

According to patient surveys, the promotional tactics that brought in the highest number of patients were the in-office posters/flyers and the event calendar placement achieved by Armada’s PR team. Social media also made a sizeable contribution, with a targeted Facebook ad that reached 526 people organically, 4,272 people in paid reach, 30 likes, one positive comment and 21 shares.

Perhaps most importantly, two individuals achieved early lung cancer detection (one highly suspicious for malignancy and another recommended for biopsy), and another 24 had pulmonary nodules of various sizes that will be monitored over time.

Interestingly, less than one month after the event, the Centers for Medicare and Medicaid Services changed policy and announced Medicare coverage for low-dose CT lung screening. The timing of the RAH event has positioned them among regional doctors and patients as a lung cancer screening expert, and the company is now poised to capitalize on the increased number of patients who are now eligible for insurance-reimbursed lung screenings. 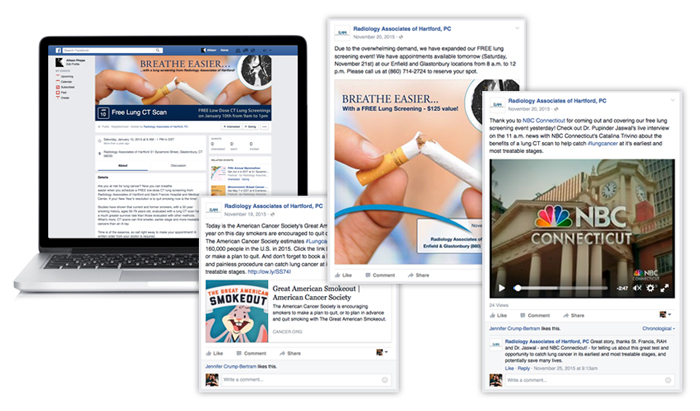 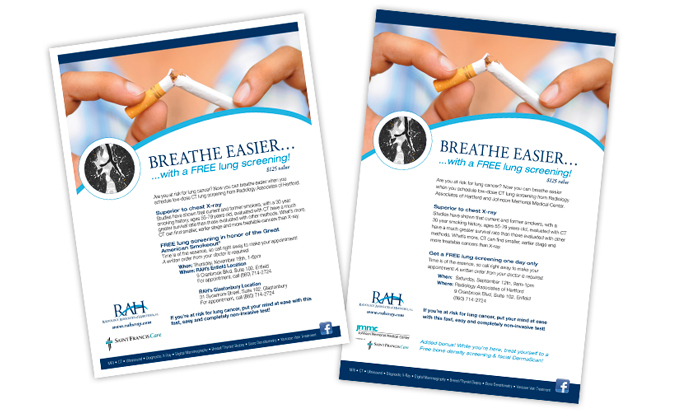