Attention Deficit/Hyperactivity Disorder (AD/HD) is one of the most commonly misdiagnosed disorders; its symptoms are similar to those of more than 30 other disorders. According to a study performed by the Mayo Clinic, as many as 54% of AD/HD diagnoses may be incorrect. Before DataLex, there was no objective, reliable, biologically-based test to evaluate AD/HD.

Comprised of a brainwave scanning device (EEG) in the doctor’s office and a remote evaluation and assessment reporting service, DataLex provides AD/HD assessments with 90% sensitivity, 94% specificity and .96 test-retest reliability. For the first time, parents would have a highly accurate test to support their doctor’s conclusions—essential information to consider prior to medicating the child. 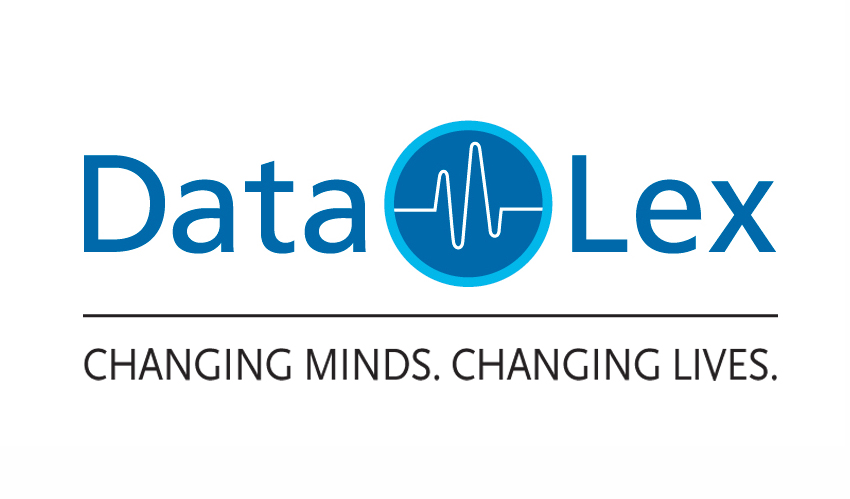 After thoroughly educating itself on the purpose and expected use of the product, the Armada team sought client input on the many potential uses of the DataLex brand. Once established, the client communicated the logo should somehow differentiate DataLex from other, more subjective tests that usually took the form of a written questionnaire filled out by the physician.

Because DataLex captures Quantitative EEG data (brainwaves) in order to evaluate and assess the disorder, Armada felt that the brand identity should somehow communicate this within the actual logo. In addition, DataLex would be the first and only “high tech” evaluation tool on the market, and we felt the brand should communicate this important distinction as well.

Once the logo was chosen, Armada set to work on a memorable and influential tagline. From the start, it was apparent that there was a great deal of controversy surrounding AD/HD assessment. Not only were AD/HD diagnoses becoming more prevalent, there was also a recent, dramatic rise in the number of Ritalin and other prescriptions used to treat the disorder. Both parents, and physicians, were frustrated and overly cautious.

“Changing Minds. Changing Lives.” was chosen as the recommended tagline. The first part referred to DataLex’ influence within the physician community; the latter part referred to the ultimate effect that DataLex had on parents, who could now be offered a higher degree of certainty regarding their doctor’s evaluation of their child.

It’s not always easy to assess the impact a brand identity can have on a product launch marketing campaign, but with DataLex, the Armada team had a winner. Not only was the new identity well received by the client, it has also become a recognizable symbol for parents seeking answers.

The brand identity was integrated into all marketing communications materials—even replacing Lexicor as the company’s primary identity in public communications. The easy-to-read text and pleasing colors also permitted uses beyond those originally intended, including physician in-office displays, brochures, window stickers and more.