Atherotech, makers of the VAP advanced cholesterol test, sought to meet and influence a large number of attendees during the National Lipid Association conference in Washington D.C. It was decided that the best way to do this would be an off-site event during the conference.

Atherotech believed that sponsoring an informal cocktail party would be a great way to meet and mingle with lipidologists and other medical professionals, and with the absence of a formal presentation and sales pitch, such an event could potentially attract more attendees. Armada was tasked with creating a dynamic invitation to encourage doctors to attend, while simultaneously imparting the benefits of the VAP test. 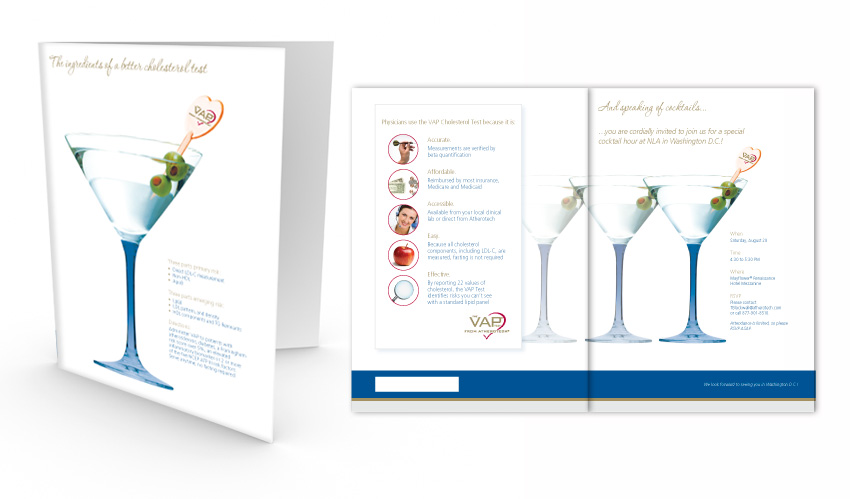 Unlike the standard cholesterol test, the VAP advanced cholesterol test measures 22 different components of cholesterol—a more useful and revealing test to understand a patient’s true risk for heart disease. To effectively communicate this, Armada’s invitation concept was to create a “cocktail recipe” that listed the various risk components measured by the VAP test.

The recipe closely followed the VAP model for determining both primary and emerging risk, as measured by the various sub-classes of cholesterol. The “directions” indicated which patients would benefit the most from VAP testing. And because VAP does not require fasting like with other cholesterol tests, and this major benefit was communicated with the line “Serve anytime; no fasting required.”

Atherotech’s off-site event was a smashing success. It attracted approximately 40 doctors, which represented more than 10% of the conference attendees. Furthermore, the “cocktail recipe” concept was so effective at communicating the benefits of the VAP test that it was adopted for use in other marketing communications, including a tradeshow banner and sales brochure. Atherotech’s marketing director called the invitation one of the most “imaginative and effective” communications they have ever produced. 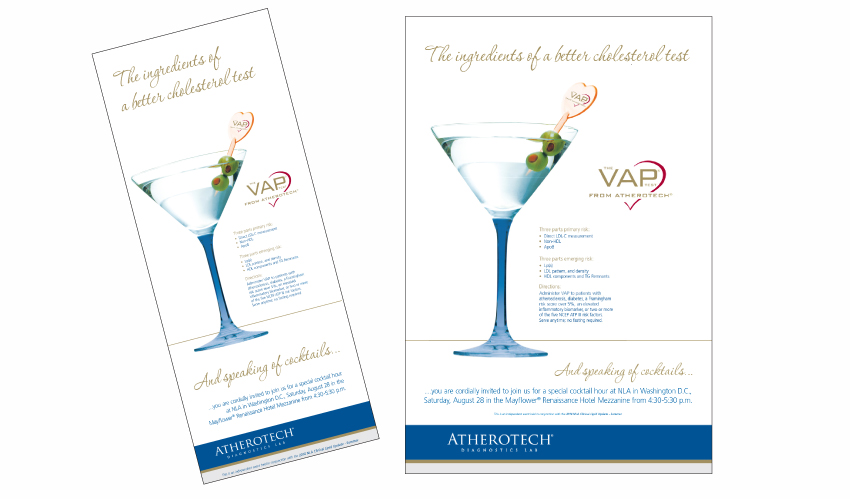