Denver CyberKnife asked Armada to assist them with the development of a new name for their center, a new brand identity and an integrated marketing communications program to generate qualified referrals for the center.

To begin, Armada led the client in the development of a new name for their center. Anova Cancer Care—a derivative of “A Novel Approach to Cancer Care”— was chosen for its simplicity, symmetry and ease of recall. Armada then developed a new, dynamic brand identity for the center, as well as a high-impact direct-response advertising concepts for a lead generation campaign. Additional components included a “doc-to-doc” physician letter, case studies, a patient brochure and revisions to the website, as well as an integrated consumer marketing campaign consisting of print, radio and television advertising, online and outdoor marketing, public relations and social media. 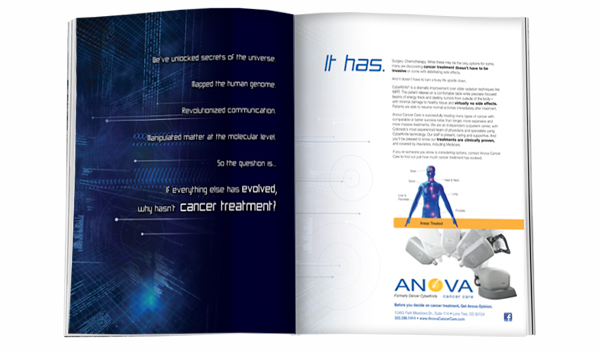 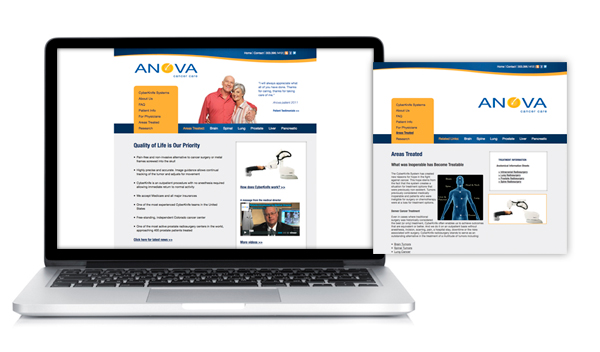 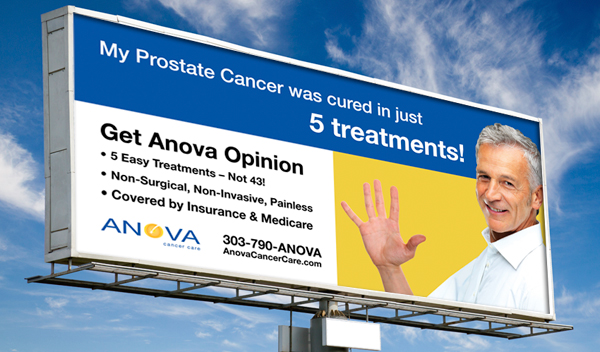